Showing posts from January, 2009
Show all

January 31, 2009
President Barack Obama might turn out to be a foreign policy pragmatist, eschewing the grand strategies and big-label crusades that inspire the minds of Washington’s cognoscenti. After eight years of the Bush administration’s foreign policy fantasies, the notion of an Obama administration muddling through foreign policy choices should be welcomed, even by those who will inevitably be disappointed when Obama fails to live up to their high expectations. Read my latest commentary on the issue.
Post a Comment
Read more

A lot riding on the stimulus package


A lot riding on the stimulus package

ON THE same day that Timothy Geithner was sworn in as the new US Treasury Secretary, several major US corporations, including Home Depot and Caterpillar, announced that they would be cutting more than 75,000 jobs in the US and worldwide. The news about the layoffs, not to mention the never-ending reports about crumbling banks and home foreclosures, served as a depressing backdrop for the start of the workweek for the man who was about the fill the shoes that had been worn for the first time by one of America's Founding Fathers, Alexander Hamilton.

The bets are that Mr Geithner will either emerge as one of the most important Treasury secretaries in US history - if he succeeds in re-energising the stagnant financial markets and presides over an economic recovery - or that he will be recalled as America's top economic official who ended up going under, defeated and doomed, toge…
Post a Comment
Read more

IF, AS Samuel Johnson once said, 'patriotism is the last refuge of the scoundrel', then protectionism provides the last protection for the economic loser. And 'China bashing', on the other hand, seems to be the first sanctuary of the maker of policy or law in Washington searching for a scapegoat to blame for his or her nation's geoeconomic and geostrategic woes. In many traditional English mystery novels, we discover at the end of the story that the butler did it, while in the Washington tale of economic mess, the role of the butler is played by the Chinaman who emerges as the villain of first resort.

So it was not surprising that US President Barack Obama's choice of Treasury Secretary, financial wunderkind…
Post a Comment
Read more

The audacity of pragmatism


The audacity of pragmatism

SEVERAL veteran Washington hands who had been around when John F Kennedy delivered his inaugural address in 1961 ('Let the word go forth . . . that the torch has been passed to a new generation of Americans') and who have studied other famous addresses - Abraham Lincoln ('With malice toward none; with charity for all; with firmness in the right, as God gives us to see the right, let us strive on to finish the work we are in; to bind up the nation's wounds . . .'), Franklin Delano Roosevelt ('So, first of all, let me assert my firm belief that the only thing we have to fear is fear itself . . .') and Ronald Reagan ('Government is not the solution to our problems; government is the problem.') - have been complaining of a certain let down after watching Barack Obama give his address.

January 22, 2009
I agree with most of Meron Benvenisti's conclusions:Despite the revulsion from the operation, one cannot ignore the fact that Israel scored a victory and demonstrated the futility of continuing the Palestinian resistance. Now the Israelis will have to wrestle with the spoils of this victory, with millions of beaten and mourning Palestinians living under a totalitarian, discriminatory regime and with a world that does not reconcile itself to insane violence. A small minority of ashamed Israelis sadly contemplate that stage of the national movement, the one that at its inception embodied so many lofty ideals. A pyrrhic victory indeed.(read the rest)
Post a Comment
Read more

New President and a New-New Deal

THE coming days, weeks, and months could prove to be the best of times, and the worst of times for US President Barack Hussein Obama.

After being sworn-in today as the 44th president of the US and as the first African-American to occupy the highest political office in the land, this young, intelligent and charismatic man will enter the White House with a huge groundswell of support from the American public and enormous goodwill from people around the world, all of whom are wishing, hoping and praying that President Obama's 'audacity of hope' that had helped him overcome so many personal obstacles and setbacks in his life, will also help him set the United States on the road towards political, economic and civilisational renewal.

A defining moment in the history of America

FROM the podium set up between the two grand staircases of the West Steps of the US Capitol, President Barack Hussein Obama will see at noon today (Wednesday, 1am, Singapore time) hundreds of thousands of people listening to his address, many of them applauding, cheering and crying. Before him will be Pennsylvania Avenue that connects the Capitol and the White House, the parade route that he will be travelling later; and the grand national monuments in this city - the Washington Monument, the obelisk for the first president, George Washington; and the memorials for two other great US presidents, Thomas Jefferson and Abraham Lincoln.

President Obama will have a panoramic view of a beautiful city that for the next four years will be dominated by his policies as well as by his persona. Even if he fails to achieve any of his stated goals of reviving…
Post a Comment
Read more

The decline of western civilization 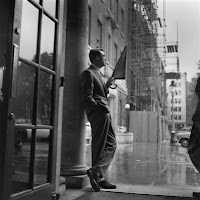 Bush works on his legacy


Bush works on his legacy before the curtain falls

IN less than a week, US President George W Bush will be leaving the White House. According to a recent NBC News/Wall Street Journal poll on Mr Bush's presidency, it seems that 79 per cent of Americans would not miss him. The latest CNN poll found that only one-third of Americans want Mr Bush to play a post-presidency role in public life.

Indeed, given the worst economic recession since the Great Depression, the costly and unending wars in Iraq and Afghanistan, the botched federal response to Hurricane Katrina, and his pure amateurism and incompetence, it is not surprising that most Americans seem to share negative attitudes towards the man who occupied the White House for the last eight years.

At the same time, historians have been harsh in their grading the Bush administration, with some of them predicting that he would be considered one of the worst - if not the …
Post a Comment
Read more

The Rise of Declinism

January 14, 2009
You don't have to buy into nightmare scenario about the coming collapse of the USA that Russian analyst Igor Panarin has been promoting (Joel Garreau did a better job in partitioning America). But you have to take seriously historian Paul Kennedy's most recent revisiting of his declinism thesis. It makes a lot of sense to me (see for example here and here and here).
Post a Comment
Read more

Obama gets taste of business as usual


Obama gets taste of business as usual

Despite his efforts, it's unlikely that he'll be able to get an economic stimulus package approved before February

AGAINST the backdrop of the worst economic crisis since the Great Depression, there was concern in Washington and Wall Street that with President George W Bush about to leave town and President-elect Barack H Obama not being here yet, the perception that 'no one was in charge' would take hold and would have a downbeat effect on the depressed financial markets.

But once again, Mr Obama has dumbfounded the bearish sceptics through his success in filling the political vacuum during the Interregnum and thus demonstrating to policymakers and investors that while he is not yet occupying the White House and making decisions, he is still able to help set the economic policy agenda and shape national sentiment.

In a series of media events, Mr Obama introduced the leading members of his e…
1 comment
Read more

SITTING in the office of Steven (Steve) Clemons at the New America Foundation, and waiting to interview one of the most hyperactive politicos in Washington, DC, I am stealing a brief glance at my countdown-to-inauguration-day-2009 digital watch I had received from a personal friend. It reads: 31 Days 08 Hrs 39 Min: 46 Sec.

That is how they measure political time in Washington these days. We are in the middle of the interregnum, the period of time between the election of a new President of the United States and his inauguration. George W Bush the outgoing president remains in power, but as a lame duck - or, to be more precise, as a dead duck - while the inside-the-beltway crowd (as they call Washington insiders) together with the rest of the country - and the entire univer…
Post a Comment
Read more

January 05, 2009
While Israeli officials have stressed that the Gaza operation would be different than the 2006 campaign against Hizbollah in Lebanon, an analysis by Haaretz' top military correspondent raises doubts (in my mind) about whether the country's political and military leaders are pursuing a clear strategy:After one and a half weeks of fighting the operation is experiencing tension between the immediate goals and ultimate objectives. The immediate goals are destroying rocket launchers, killing fighters and arresting wanted men for interrogation and to swap for Gilad Shalit. The ultimate objectives are a lasting and stable cease-fire, and a long-term end to arms smuggling into Gaza.

This tension includes the inherent differences among the three highest-ranking entities behind the operation: the political echelon, and within it the conflicts among the Olmert-Barak-Livni trio; Chief of Staff Gabi Ashkenazi; and Southern Command head Yoav Galant. No subordinate rank is capable of providin…
Post a Comment
Read more

January 02, 2009
In a recent piece I tried to lower the expectations of some of my friends in the reality-based community of foreign policy realists that a President Obama would place the Israel/Palestine issue on the top of his policy agenda. Some of these friends interpreted my analysis as an argument against possible U.S. efforts to play a more active diplomatic role in the dormant "peace process." But forecasting a rainy day doesn't mean that you are hoping for a bad weather. My geo-political forecast was based on the my reading of the current global balance of power and U.S. domestic politics.

First, the combination of the mess in Iraq/Afghanistan and the entire collapse of the neoconservative agenda plus the economic crisis have diminished the power (which includes public support) of the U.S. to shape global events, including the Mideast. And the organized support for Israel in Washington has become a form of rent seeking in a sense of capturing monopoly privileges in determining U.…
Post a Comment
Read more