Showing posts from June, 2007
Show all

Peter Waldman has an interesting page 1 article in the Wall Street Journal, TEL AVIV BUBBLE: As Israel Prospers, Some Fear Its Defenses May Grow Soft. Among other things, Waldman points out that Israel has flourished beyond the wildest dreams of the ardent socialists who founded the Jewish state. Powered by high-tech exports, the Israeli economy grew 6.3% in the first quarter this year, with a 28% jump in personal consumption of durable goods, such as cars and refrigerators. Sales of Porsches doubled in 2006 from 2004, and last year Lexus opened shop in the Jewish state.
Waldman's piece includes more info and statistics and he focuses in particular on Great Tel-Aviv as a symbol of this Israeli economic and technological progress. The problems starts when he tries to suggest that these dramatic socio-economic changes are responsible for the weakening of the Israeli resolve to deal with its security challenges.Yet prosperity has not brought security. As Israelis begin another summer …
5 comments
Read more

It has, for example, accelerated the liberalisation of the global financial sector, and in the way business is done by creating incentives for takeover and mergers.

Many economists agree the forces of the new global capitalism - their most revolutionary players being the managers of equity and hedge funds - have made the process of wealth creation - the main task of the market economy - more efficient and productive.


US just hurts itself when it plays hardball with China

WHILE US officials were welcoming their Chinese guests in Washington on Wednesday to start talking about ways to strengthen ties between China and the United States, American lawmakers were pressing the Bush administration to increase pressure on Beijing in a way that was bound to increase tensions between these two powers.

US Deputy Secretary of State John Negroponte and China's Executive Vice-Foreign Minister Dai Bingguo are chairing the Sino-American talks in Washington, as part of a dialogue between officials from both countries aimed at managing their differences over such issues as Iran's nuclear programme, the violence in the Darfur region in Sudan and the resolution of the North Korean nuclear crisis. For anyone interested in continuing engagement between the world's only remaining superpower and its rising economic and military power, the dialo…
Post a Comment
Read more

Jordan and Palestine: Could work

Read my The Return of the Jordanian Option on National Interest Online.
Post a Comment
Read more 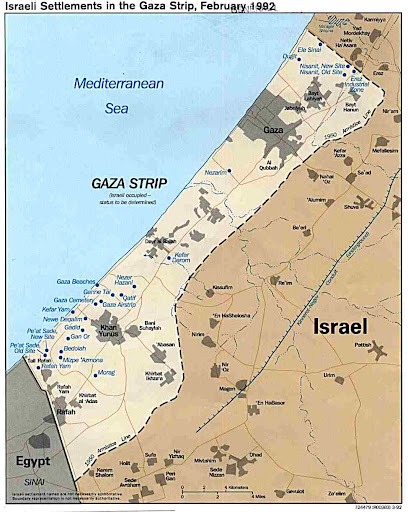 On the mess there you can hear my words of wisdom on Newsweek on Air.
Post a Comment
Read more

I've written a long article on the Six-Day-War and its aftermath which is going to be published in a magazine in two weeks. So I'm not going to preempt myself here (just wait patiently for my piece). But I highly recommend reading Tom Segev's 1967: Israel, the War, and the Year that Transformed the Middle East. I share his basic "narrative" about the war (Shouldn't have happened; too bad it happened; if only we could "rewind" history...). I also recommend three recent items on the subject:
1. Henry Luarnes,"1967: a war of miscalculation and misjudgment" in Le Monde Diplomatique.
2. David Remnick, "The Seventh Day" in the New Yorker.
3. Havrey Morris, "And on the Sixth Day the World Changed" in The Financial Times.
Post a Comment
Read more

The Sopranos - The Final Scene

June 13, 2007
I feel a lot of pressure to write something about the Sopranos final scene. I actually liked it. Very creative: produce your own finale. But I really liked the way Chase developed the AJ character in the final episodes. He enters the looney bin. And then he becomes a New Age environmentalist. And finally he starts repeating all the neocon cliches about the war on terror but ends up a chicken hawk.
1 comment
Read more

Please read my Time to Ignore the Middle East?

Upadte: Interesting debate over my piece among Democrats here and here. (Thanks ScarletWoman!). Those who disagree should explain in what way the Middle East policy paradigm of each of the three candidates would be different than that of Bush. In fact, the rhetoric of Clinton and Edwards on Iraq is toughter than the administration's.
1 comment
Read more

IN my 15 years of covering Washington, I cannot recall a time when the elite and the public in the capital of this ageing global superpower have been more pessimistic about the future their country and so cynical about and distrustful of their political leaders.

The sour mood of the country has been reflected in the most recent The Washington Post-ABC News poll which indicated that three-quarters of the American people believe that the country is 'pretty seriously on the wrong track'. And only a minority of Americans approve of the job that President Bush (35 per cent) and Congress (39 per cent) are doing.

The poll also suggests that the gloomy outlook of most Americans have to do with the war in Iraq and US foreign policy in general. Fifty per cent of Americans do not think…
3 comments
Read more
More posts