On the immigration debate: It's the Latinos, Stupid! 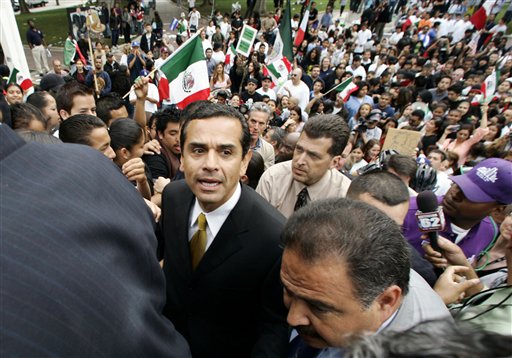 The Cato Institute with which I'm affiliated as a research fellow in one of the leading pro-immigration think-tanks, while the American Conservative for which I write as a contributing editor wants to place restrictions on immigration. So... I've chosen a neutral forum, the Singapore Business Times to publish my analysis of the current immigration debate. There is no doubt that economics plays a role in this debate. It's not surprising that American businesses support a more open immigration policy and as a classical liberal I tend to sympathize with their position. But... it seems to me that much of the opposition to immigration in the United States and in Europe (with regard to Arab and Moslem immigrants) has to do less with economics and more with such core existential issues as national and cultural identity. One could use terms like "xenophobia" to dismiss concerns among Americans over the reality in which many Latino immigrants aren't assimilating into American society. But you have to be blind and/or deaf when you visit L.A. or Miami (and many other parts of the country) not to sense that we have here a making of bi-lingual nation. Hence the common use of the term "Anglo" to refer to English-speaking Americans (as though an English-speaking American is only one element in this nation's "mosaic.") Ironically, there was a time when a Cuban immigrant character -- Ricky Ricardo in the famous "I Love Lucy" television show -- was a symbol of an American Dream, of someone who was proud of his cultural heritage but whose main aspiration was to become an American. I'm still waiting for pro-immigration advocates, many of whom are fans of multiculturalism to come up with a clear strategy (as opposed to wishful thinking) to deal with the huge influx of immigrants from Mexico and other parts of Latin America in a way that wouldn't turn the United States into a bi-lingual or even a bi-national country a la Canada.

Anonymous said…
Ricky Ricardo should have been reported to the authorities. Fred and Ethel were too liberal.
7:33 AM