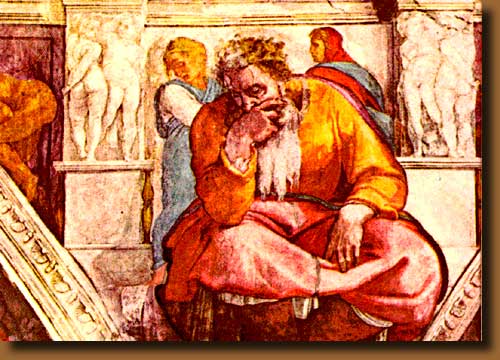 David Mamet: Not a self-hating Jew


I'm a great fan of David Mamet's films and have seen The Spanish Prisoner and House of Games several times. So I was a little disappointed reading the review of Mamet's new book, The Wicked Son:
Anti-Semitism, Self-Hatred, and the Jews. According to the reviewer David Margolick,

The book’s title refers to the character in the Passover Seder who distances himself from his people. “What does this ritual mean to you?” he asks tendentiously. For Mamet, he represents a disease among Jews, too many of whom are negative, weak, defeatist, ignorant and ungrateful. They hate their own history and traditions, loathe the state of Israel and are far too prone to trade their precious birthright for the closest cause or cult.

Margolick didn't like the book and I agree with most of what he writes here:

He has a peculiar knack for finding the most egregiously misbehaving Jews: Jews who serve jumbo shrimp and cavort naked at bar mitzvahs, or tell shockingly anti-Semitic jokes, or can’t distinguish Rosh Hashana from Yom Kippur or would see Israel wiped out without compunction.

Such self-loathing is, of course, nothing new. “Who hates the Jews more than the Jew?” Henry Miller once asked. But Mamet has a ready answer for Miller: everyone else. The world hates the Jews, he writes, always has, always will. Liberal Jews who read The New York Times or listen to National Public Radio may not think so, but they are naïve; when the pogrom comes, he predicts, even lapsed Jews will search frantically for doorways with mezuzas. In fact, apart from various Internet wackos, anti-Semitism, at least the American strain, has waned; how else to explain the very assimilation Mamet so detests? But he writes as if Father Coughlin is still on the radio, Henry Ford still hawks The Dearborn Independent and Fritz Kuhn’s German American Bundists still march through Yorkville.

With equal fervor, Mamet depicts lapsed Jews as figures from Dante, full of pain and guilt and “anomie,” languishing in an ethnic limbo, scorned by Jew and gentile alike. Pathetic, self-lacerating losers, he calls them (sort of like gay Republicans). Naturally, no one’s fooled: to both themselves and those who hate them, they’ll always be Jews. Mamet subscribes to what an old Jew from Chicago — one a generation older than he — once told me: “You can change your noses, but not your Moses.”

But as near as I can tell, few wayward Jews feel such angst. We are no longer in the age of “The Jazz Singer,” where children steeped in Jewish learning break their poor pious fathers’ hearts by trading pulpits for prosceniums. They may feel a pang or two around their Christmas trees, but as assimilated children of assimilated parents, their Jewish ties were pretty attenuated already. Here, too, Mamet seems a generation or two too late. Given his prodigious talent and insight, one wonders why. Maybe it’s a bizarre form of nostalgia, for a time when, thanks largely to their enemies, Jews felt more fraternal, and many were shtarkers — tough guys — rather than the deracinated wimps he thinks we’ve become, people whose favorite Jew, as he puts it, is Anne Frank.

On Israel, Mamet’s problem isn’t timing but oversimplification. That Israel represents so much of what he admires in contemporary Jewish life, that he has become the lineal descendant of another Hollywood figure — Ben Hecht — should not blind him to its faults, nor lead him to caricature its critics. Not all Jewish criticism of Israel is self-hatred, and not all gentile criticism is anti-Semitic. Jews who sympathize with the Palestinians are not necessarily neurotic. Few Jews consider Zionism “criminal,” and are there any who condone suicide bombing? And, by the way, not all Israeli crimes are “imaginary.”

But my problem with Mamet's "thesis" goes beyond these counter-arguments: Mamet's Jewish identity reflects the history and culture of Eastern-European Jews in America. But being "Jewish" means different things to different people. In fact, as the experiences of the Prophet Jeremiah and philosopher Baruch Spinoza and many, many other great Jewish figures in history demonstrate, questioning the central tenets of what was considered "Jewish" at one point or another has actually been a very central and a great Jewish characteristic. And from that perspective, Mamet doesn't follow that tradition.

Anonymous said…
"when the pogrom comes, he predicts, even lapsed Jews will search frantically for doorways with mezuzas"

Sounds like a Rove "vote Republican or DIE" approach to tribal discipline.
12:16 PM

Lichanos said…
I have always been an atheist, but I also consider myself a Jew. That's my heritage in this (real) world. I don't have much interest in my Jewish heritage though, and I think I have the right to ignore and reject it, though it is impossible to deny it.

Some people in this modern world manage to be quite happy and fulfilled without loyalty to an ethnic tribe of old. Mamet has little imagination on this point. If it works for him, fine, but spare me the insults.
8:48 AM