More on the Jacksonian insurgency 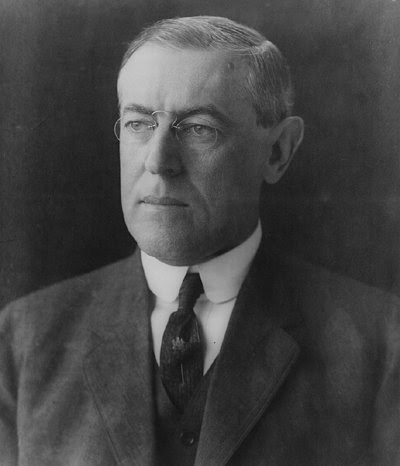 Daniel McCarthy, one of the original young thinkers in the conservative movement has an interesting analysis of the Jacksonian insurgency, that is, the populist-nationalist backlash against Bush's foreign policy agenda over Iraq and other issues. I've discussed this pheonomenon, most recently here and here. Daniel is placing the Jacksonian sentiments, that have become quite obvious during the Dubai/ports debate, including among many Republicans, in the a larger historical context. He argues the what we are seeing now is the breakup of the political axis between the Jacksonians and the Wilsonians that evolved after 9/11. He seems to think that the pro-business Hamiltonians are now history and sees some signs of an emergence of a new axis between the Jacksonians and the Jeffersonians (left- and right-libertarians). All this discussion is based on Walter Russell Mead’sdivision of American foreign-policy thought into four "schools" – Jacksonian, Wilsonian, Jeffersonian, Hamiltonian. As a political scientist I do find Mead's analysis very valuable. In the real world, however, things tend to get more complex, especially since political debates (and presidential elections) revolve not only around foreign policy. I always thought that the "Jacksonian" personality is probably more "real" than the other three "types" since nationalism and populism are still very powerful forces and tend quite often to intertwine with religion. "Hamiltonian" is just another way of describing someone who is committed to a Realpolitik or "realistic" foreign policy and who also tends to be a mercantilist. "Wilsonians" want to spread American ideals worldwide, including by force, while "Jeffersonians" just want to preserve these ideals at home. Now... most American presidents in the last 100 years have advacned foreign policy agendas that were a Wilsonian-Hamiltonian mish-mash. Wilsonians have played the role of critics and I doubt very much that that would change anytime soon (even if we get rid of the Patriot Act, which is very unlikely, we'll just be back in the pre-9//11 square one, which is certainly not a Jeffersonian utopia). I do hope that Daniel is right. But I'm afraid that it would be difficult to translate the Jacksonian insurgency into a political platform and action, and that the best we can hope for in the real world is that the balance of power in the U.S. foreign policy "community" will shift back towards the Hamiltonians. Indeed, it's a depressing thought, but in my wet foreign policy dreams I see Dr. Kissinger, Jim Baker and George Bush the First in charge once again. That's what four years of neocon/Wilsonian nightmares can do to you...

Anonymous said…
I want to know what George Bush is doing about the Epstein-Barr Virus
10:37 PM

Anonymous said…
Very nice! I found a place where you can
get a new game system, Just go to the site below
and put in your zip to see what's available in your area.
I sold mine and got some extra cash!