I loved the book by the British Ian Mcewan who is one of the contemporary fiction writers that I enjoy reading. The movie is quite remarkable (some of the war scenes in the film are unbelievable!). But here is my problem: What Mcewan is trying to do in the book is to demonstrate how we as individuals or communities (in the case of the book, a family) create our separate narratives that in many cases do not correspond to reality, and that we end up embracing them to a point where the narrative becomes our reality. But sooner or later the truth comes out in all its ugliness. Now..this transition from narrative to reality works in the book, but not in the movie (which explains why so many viewers say they were "confused" by the ending of the movie). I think that the main reason is that to use the cliche, seeing is believing. And when you watch something happening on the screen, it's difficult to consider the possibility that all of that didn't happen (
1 comment
Read more

During my weekly visits to Borders and B&N I came across Moncole magazine, a monthly published in Europe which is a very weird creature, imagine a cross between GQ and Foreign Affairs. I assume that the target readership consists of young CEO's with Ph.Ds. Actually, it's more interesting than some of the American political-cultural magazines and it is certainly less U.S.-centric. BTW, annual subscription comes to about US$150.
Post a Comment
Read more 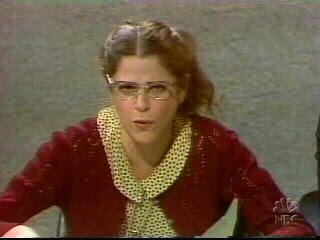 Neocons Won't Let Facts Stand in the Way of Iran 'Threat' by Leon Hadar Longtime viewers of the popular NBC television show Saturday Night Live probably recall "Emily Litella" – an elderly woman with hearing problems commenting on the news on the "Weekend Update" segment, played by the late comedian Gilda Radner. Litella would read an editorial addressing a public issue, only to be interrupted in the middle of her report by the anchorman, who would point to her error. "Oh, that's very different," she would humbly respond, adding, "Never mind" and then turn to another topic. But while Litella was humble enough to admit her mistake and smart enough to change the subject, the proponents of a U.S. military confrontation with Iran will not allow the release of the National Intelligence Estimate (NIE) on Iran's nuclear weapons program to interrupt their march to World War III.( read the rest )
Post a Comment
Read more
More posts