Hidden "Cache:" The Shape of Things to Come?

Playing now in Palestine and Iraq CACHE Repeat Performace: Now in Your Neighborhood Sometime in the early 1980's I was watching the film Battle of Algiers in a small movie theatre in Jerusalem. The West Bank and Gaza were relatively peaceful and quiet at that time, and when the movie ended I suggested to my companions that, you know, this could happen here. An uprising a la Algeria. They all thought that I was out of my mind. Since then we've been seeing that movie twice -- in Palestine and Iraq. I was thinking about the way the "Battle of Algiers" -- which was directed by an Italian communist -- provided us with warnings about our current reality, as I watching over the weekend the French film Cache in a big movie theatre in Bethesda, Maryland. It's directed by Michael Haneke with the magnificent Daniel Auteuil and Juliette Binoche in the central roles(above). It's a thriller and so I won't spoil it for you. The
3 comments
Read more

And Now for Something Completely Different... 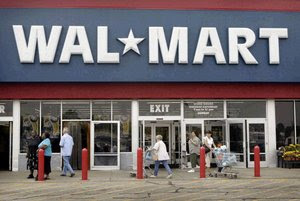 Yes, Wal-Mart. I've never done shopping there. But I can't figure out why so many people hate it. It's Big, they say. And so is Microsoft. So are we going to break-up Wal-Mart into little Wal-Marts? Someone responded to my article by arguing the following: The point you missed is this: there is a visceral sense in 'small-town America' that the entire population of America has devolved into a certain gluttony. Wal-Mart promotes a mindless feeding frenzy- and an endless appetite for cheap crap. The rage against Wal-Mart has less to do with economics than a deep-seated fear of the loss of the American soul. So now Wal-Mart is responsible for the loss of the American soul... First, no one forces you to shop there. And secondly, "soul" is something that houses of worship, literature, arts, music, etc. are supposed to nourish. If you don't have to spend a lot of money on buying underwear, you have more dollars to spend on the really important
Post a Comment
Read more
More posts