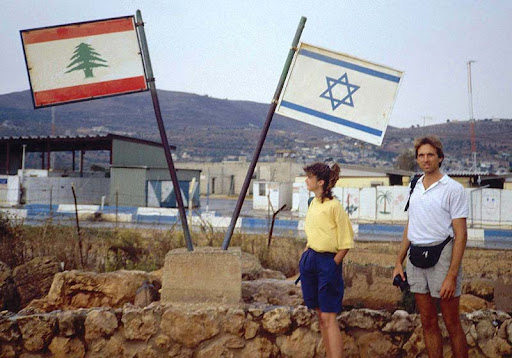 Yeah, that would be nice... But it's too early for predictions. It's quite possible that Israeli troops will end up stuck in southern Lebanon for a long time. Uri Avnery tries to draw the outlines of a few possible scenarios(thanks for the correspondent who provided me with the link): THE DAY after the war will be the Day of the Long Knives. Everybody will blame everybody else. The politicians will blame each other. The generals will blame each other. The politicians will blame the generals. And, most of all, the generals will blame the politicians. Always, in every country and after every war, when the generals fail, the "knife in the back" legend raises its head. If only the politicians had not stopped the army just when it was on the point of achieving a glorious, crushing, historic victory... That's what happened in Germany after World War I, when the legend gave birth to the Nazi movement. That's what happened in America after Vietnam. That
1 comment
Read more

I've never been a great fan of post-modernist philosophy associated with Jacques Derrida , Michel Foucault , Jean-François Lyotard and others with its emphasis on moral relativism and the "deconstruction" of "texts" and "narratives" about reality that are supposedly the invention of the powerful who dominate the "discourse," although I find myself using these and other terms that are popular with post-modernists in order to make a point. But I usually use quotation marks or do the "so-called" with my fingers during a presentation. So it was really fascinating to read this Perceptions: Israel’s Long-Term Battle in the New York Times today which basically proposes that Israel and the Hizbollah are engaging in a battle over the consturction of a "narrative" about their recent war: Gidi Grinstein, a former Israeli negotiator and director of the Reut Institute, a research group, calls it the “90-10 parado
5 comments
Read more
More posts