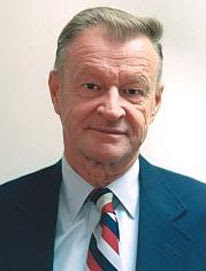 Since posting my previous item on Iran-U.S. in which I speculate about an the confrontation with Iran turning into a Cuban-Missile-Crisis, David Ignatius published a commentary in The Washington Post titled "An Iranian Missile Crisis" in which he basically makes the same argument. Zbigniew Brzezinski is quoted in the piece making some excellent points: Zbigniew Brzezinski, a former national security adviser to President Jimmy Carter, makes a similar argument about Iran. "I think of war with Iran as the ending of America's present role in the world," he told me this week. "Iraq may have been a preview of that, but it's still redeemable if we get out fast. In a war with Iran, we'll get dragged down for 20 or 30 years. The world will condemn us. We will lose our position in the world." Brzezinski urges President Bush to slow down and think carefully about his options -- rather than rushing to stop Iran's nuclear program, which b
1 comment
Read more
More posts