Showing posts from December 5, 2006
Show all 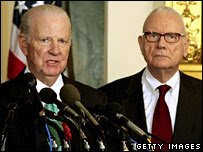 Almost 3,000 years ago, the famous storyteller Aesop lived in the Aegean region. One of his fables goes: "A very deep and frightening sound began emanating from Mount Ida (the birthplace of Zeus). The earth commenced to tremble and shake -- and huge boulders flew off the mountain top into the sky. It seemed as if the mountain was about to give birth." "The population was terrified and ran for shelter -- trembling in fear." "The sky blackened and the thunderous sound from the sacred mountain became even worse. Finally, an earthquake more violent than any ever-before it, set everything in motion -- and in one terrifying moment, the mountain's peak split wide open!" "The people all got down on their knees and began to pray. Some fainted from fear. Others couldn't take their eyes off the mountain -- wondering how this terror would end." "Suddenly the roaring, the shaking, and the shocks just stopped. The whole Aegean region
5 comments
Read more
More posts