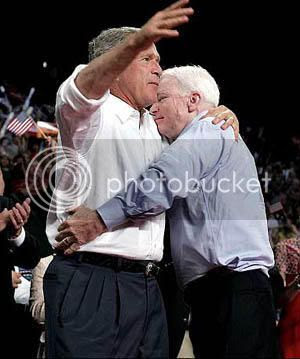 There are growing indications that either one of the two presidential candidates that had backed Bush's decision to invade Iraq John ("One Hundred" Years") McCain or Hillary ("Won't Apologize") Clinton are going to end-up in the White House. And to get an idea of what's going to happen after the election, read this bipartisan manifesto and this "analysis" by a New York Times' cheerleader for the Iraq War who wasn't fired. I also remain very skeptical about the notion advanced by some analysts about the realist resurgence in Washington led supposedly by Gates and Rice. I don't buy that wishful thinking. I just see tactical adjustments here and there. But consider the following: If either McCain or Clinton are chosen by their parties as the presidential candidates, Bush-Cheney are then left with a wide window of opporunity (say from June to November) to take U.S. military action against Iran (which will probably
5 comments
Read more
More posts