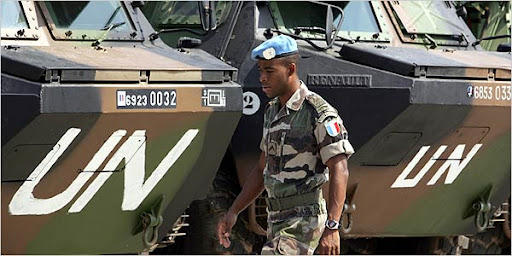 I'm back from a short vacation and wanted to provide you with some stuff to read, listen to and watch: First, The globalist has published my recent commentary on the war in Lebanon on its Executive Channel: Focus > Global Security The Mideast Crisis: And the Loser Is … Everyone By Leon T. Hadar What Hezbollah expected to gain by kidnapping two Israeli soldiers and igniting the latest round of Middle East violence may never be fully know. Nor may we understand what Israel expected to gain from its full-throttle response. But one thing is clear: Measuring who won and who lost will be a process of determining who lost most and who lost least. Since the start of the current Middle East crisis, analysts have been trying to figure out who is responsible for this mess. Who had made the crucial decisions that triggered the fighting between the Israeli military and the Hezbollah guerrillas, which has resulted in death of many Israeli and Lebanese civilians and the destructio
4 comments
Read more
More posts