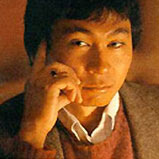 Francis Fukuyama: When we was necons Arthur Koestler: When we was commies Robert Kagan the Leninist Lazar Kaganovich the Stalinist By now you all know that Francis ("The End of History") Fukuyama has filed for divroce from the Kristol/Podhoretz clans. In quite a number of speeches, articles (for example) and newsbites he has made it clear to all the interested parties (including potential employers like Presidents Hillary Clinton and John McCain) that he ain't a neocon, well, not a neocon like Bill Kristol and Robert Kagan, and that he now considers himself now to be what? A "reformed neocon?" A "neo-neocon?" A "neocon-Lite?" In his latest "I'm-not-a-neocon" manifesto in the New York Times, "After Neoconservatism" FF describes himself as a proponent of "realistic Wilsonianism." And in the essay (thankfully not as long as "Th
Post a Comment
Read more
More posts