Showing posts from February 8, 2006
Show all 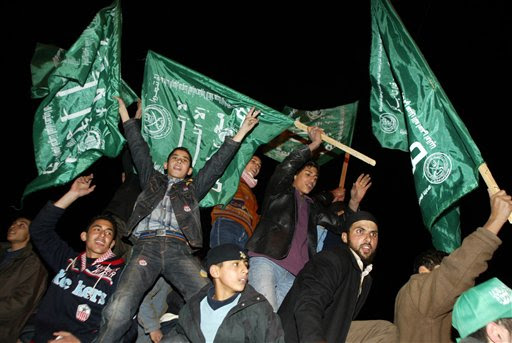 The Nixon Center and the Coalition for a Realistic Foreign Policy co-hosted on Wednesday an afternoon roundtable on the Hamas victory and its implications for U.S. foreign policy and especially the Bush Administration's democracy agenda in the Middle East. Alexis Debat, a French terrorism expert and I gave short presentations and Nikolas Gvosdev , the editor of The National Interest and Senior Fellow for Strategic Studies at the Nixon Center moderated the discussion that followed which was off-the-record. Let me also draw your attention to the new February 27, 2006, issue of The American Conservative in which I have a cover story that deals with the U.S. global democracy crusade. The new issue is not yet available on the internet but can be purchased in bookstores. Also, for those who are interetsed, here are the brief talking points for the presentation today: •The policy issue we are discussing today – the victory of Hamas in the Palestinian parliamentary election and
Post a Comment
Read more

More on the cartoons, etc.

Guys "offended" by what they read I'm pasting here a commentary of yours truly published today in The Australian . I'm aware that some of those who share my views on the Iraq War, might not agree with me on this. Sorry, but the fact that those who published the cartoons are or aren't neocons doesn't change my view that when it comes to our basic values of freedom of expression and press we shouldn't bow to pressure from anti-Western thugs who use violence against those who disagree with them. Period! I'm very much opposed to the notion of Clash of Civilizations. In fact, in 1993 I published a piece in the prestigious Foreign Affairs in which I challenged those fanning the fear of political Islam and the Cato Institute them published a long policy analysis ,"The 'Green Peril': Creating the Islamic Fundamentalist Threat" along those same lines. Needless to say that Daniel Pipes didn't like what I had to say then
Post a Comment
Read more
More posts