The Silver Lining News from Palestine... 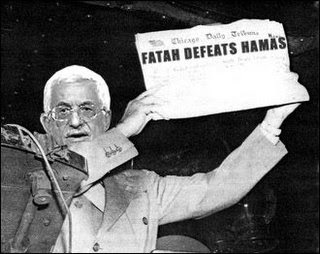 (pics via www.ridiculopathy.com) I had a mini debate with two readers about whether Hitler was elected to power in a democratic election. He was. In the July 1932 Parliamentary elections, the Nazi party led by Hitler gave the Nazis 13,745,000 votes, 37% of the total, granting them 230 seats in the Reichstag, becoming the largest in Germany. President Hidenburg was reluctant to nominate him as chancellor but did that eventually in January 1933 (President Abbas could do the same thing in Palestine and nominate a non-Hamas figure as PM. But unless Hamas agrees to that it won't be a very, well, democratic decision). In March 5, 1933, the last free elections were held in Germany, and Germans gave Hitler 44 per cent of the total vote, 17, 277,180. In any case, all of this reminded me how the German communists reacted to the Nazi victory. Believe it or not, they actually welcomed it. They declared that the new Nazi-dominated government was the “dying gasp of moribund capitali
4 comments
Read more

The Hamas Victory: Another failure of intelligence

I'm not talking here about the other kind of intelligence , although as I watched President Bush in his last press conference trying to give his interpretation of the Hamas electoral victory and as I was trying to hide under my my bed, feeling embarassed for W. that thought came to my mind. Here is a highlight: And so the elections should open the eyes of the old guard there in the Palestinian territories. I like the competition of ideas. I like people who have to go out and say, vote for me, and here's what I'm going to do. There's something healthy about a system that does that. And so the elections yesterday were very interesting. I suppose someone could have made similar comments when Hitler got elected. Whatever... I was thinking more about the other kind of intelligence, like one in the "CIA," especially since Bush in his press conference was explaining to me why he and his spooks need to listen to my phone conversations and read my emails
4 comments
Read more
More posts