Can't wait for this movie... 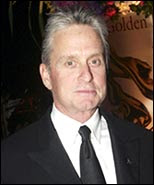 Warner Bros is apparently doing a movie about outed CIA agent Valerie Plame and her husband, former Ambassador Joseph Wilson. Wilson was kind enough to attend a party marking the publication of my book, Sandstorm: Policy Failure in the Middle East a few months ago in Washington. When I signed my book for him, I wrote that "I hope Michael Douglas will play you and Sharon Stone will play your wife in the movie they'll probably make." Could happen. Well, it won't be Basic Instinct , but it will revolve around crimes and will certainly have a Bush and even a Dick.
2 comments
Read more
More posts