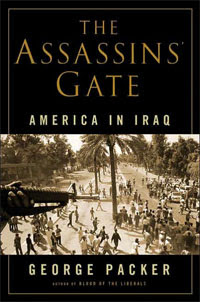 Journalist George Packer has done a great job covering the before and the after of the Iraq War that he covered for the New York Times Magazine and the New Yorker and turned into a book, The Assassins Gate. Gary Kamiya had this to say about Packer and his book in a review on Salon.com The Road to hell : Most of the American left lined up against the war in Iraq. But some did not. Among the liberal intellectuals who supported the invasion was George Packer, a staff writer for the New Yorker. His new book, "The Assassins' Gate: America in Iraq," proves that holding strong opinions about a subject does not prevent a journalist of integrity from reporting the truth, even if it flies in the face of what he had believed. "The Assassins' Gate" is almost certain to stand as the most comprehensive journalistic account of the greatest foreign-policy debacle in U.S. history. A funny thing happened to Packer: He went to Iraq. Reporting is a sol
3 comments
Read more
More posts