Robert Kaplan does a Fukuyama? 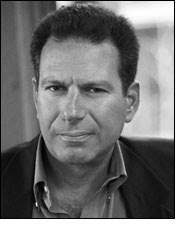 Humble Kaplan? I've received an email with the following commentary (I'm not sure where it was published) by Robert D. Kaplan , the ex-travel writer who has been transformed into a geo-political thinker and amateur imperialist. Here he explains why he supported the war in Iraq but shouldn't have, and why he now still supports it. Or something like that: Haunted by Hussein, humbled by events Firsthand knowledge supported the invasion in Iraq; now it shakes our faith in the use of military power. By Robert D. Kaplan April 17, 2006 I WAS AN EARLY supporter of the invasion to overthrow Saddam Hussein. Since 2003, my firsthand experiences in Iraq have shaken my faith in large-scale demonstrations of military power on land, but I cannot disavow my earlier support, because it was also based on firsthand experiences in Iraq. To know a totalitarian regime abstractly is different from knowing it intimately. Iraq in the 1980s was so terrifying that going to Damascus from
2 comments
Read more
More posts