My letter to the editor in the Financial Times 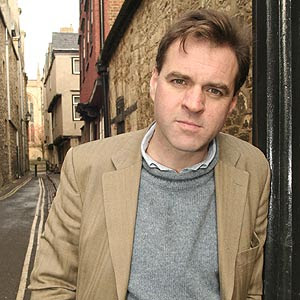 letter to the editor ... but at least Prof Ferguson kept it short this time Published: January 4 2008 02:00 | Last updated: January 4 2008 02:00 From Dr Leon Hadar. Sir, It took me 416 pages, or about five hours, to learn that the US could and should become the 21st-century version of the 19th century’s successful British empire (Niall Ferguson, The Rise and Fall of the American Empire, Penguin Books, 2005). But it took me only 914 words and about five minutes to discover that the US was actually becoming the 21st-century version of the 19th century's bankrupted Ottoman empire (Niall Ferguson, “An Ottoman warning for America”, Financial Times, January 2 2008). Thank God (and the FT) for small mercies. Leon Hadar, Research Fellow in Foreign Policy Studies, Cato Institute, Washington, DC 20001, US
Post a Comment
Read more

January 03, 2008
Today in Iowa: Democrats: 1. Edwards. 2. Obama. 3. Clinton. Republicans: 1. Paul. 2. Huckabee. 3. Romney. November: Romney vs. Edwards. And I'm probably wrong. But it's fun doing it. ...And I was wrong. I suppose that with regard to Paul it had to do with some wishful thinking. In any case, it's good news that the two anti-war candidates in the Democratic party came ahead of the Washington Candidate. Huckabee has been critical of Bush's foreign policy and that he and Ron Paul ended-up with so many delegates is also good news. Let's hope that the trend continues. My worst-case scenario is McCain re-emerging (imagine a McCain-Giuliani ticket).
Post a Comment
Read more
More posts