Showing posts from December 8, 2005
Show all 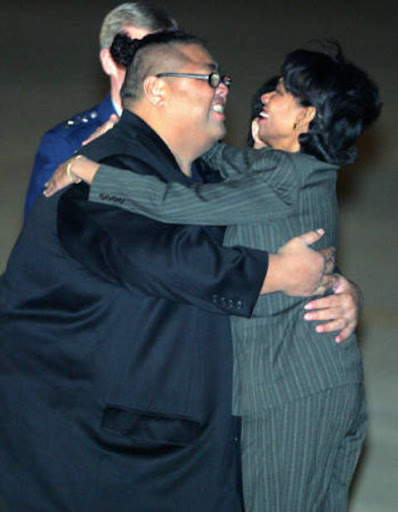 She Ain't Heavy, She's My Secretary of State In a recent column in the posted on antiwar.com, "The Unbearable Lightness of Being 'Condi,'" http://antiwar.com/hadar/?articleid=6689 I suggested that our secretary of state Condoleeza Rice is kind of a, well, lightweight, especially when you compare her to predecessors like, say, George Marshall, John Foster Dulles, Dean Acheson, and of course, Henry Kissinger. Yes, I expected some criticism. But you should have read some of the hate email I've been receiving. I've been accused of, among other things, being a racist and a misogynist, who isn't capable of dealing with the reality of strong women, and a powerful African-American female at that. "You probably hated your mommy," suggested one reader. You get the idea. But no apology from moi, guys. I'm an equal opportunity basher, and proud of being one. As Princeton Professor L. Carl Brown, noted in a review of my earlier book Quagmire
5 comments
Read more
More posts