Showing posts from November 8, 2006
Show all 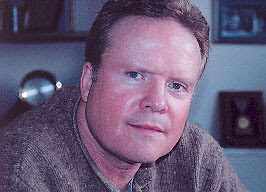 Since the terrorist attacks on September 11, 2002, U.S. President George W. Bush has campaigned in one Presidential contest (2004) and two Congressional races (2002 and 2004) as a victorious “War President.” Bush and his Republican allies in Congress have been swimming towards one electoral victory after another by comparing the White House occupant to Winston Churchill and Franklin Delano Roosevelt that was supposedly leading the American people and the Free World in a global struggle against the terrorist network led by Osama bin Ladin and (allegedly) Saddam Hussein and the Axis of Evil rogues nations (Iraq, Iran, North Korea) attempting to acquire weapons of mass destruction (WMD) to attack American and the West. The rising sense of nationalism that had swept America after 9/11 has helped Bush and the Republican Party rally the American people around the President, the Flag and the Judeo-Christian Civilization standing up against “Islamo-Fascism,” “wimpy” Eur
6 comments
Read more
More posts