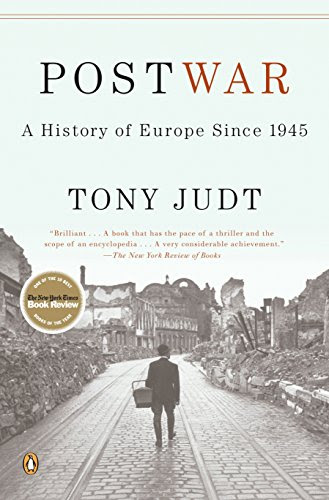 I've received several emails about the alleged efforts to silence Tony Judt whose latest book on post-WWII Europe(see above) I'm reading now. According to the emails and several posts on the blogs, Tony Judt has circulated the following note about an incident that as one of my correspondents was "almost too bizarre to be true." I [Tony Judt] was due to speak this evening, in Manhattan, to a group called Network 20/20 comprising young business leaders, NGO, academics, etc, from the US and many countries. Topic: the Israel Lobby and US Foreign Policy. The meetings are always held at the Polish Consulate in Manhattan I just received a call from the President of Network 20/20. The talk was cancelled because the Polish Consulate had been threatened by the Anti-Defamation League. Serial phone-calls from ADL President Abe Foxman warned them off hosting anything involving Tony Judt. If they persisted, he warned, he would smear the charge of Polish col
3 comments
Read more
More posts