Google "repsected pollster" and "Palestinian" and you'll get quite a few hits leading you to like here to Khalil Shikaki the, yes, "most respected pollster in the West Bank." Martin Kramer exposes this guy as someone who has failed to do his job as a pollster especially before the parliamentary Palestinian election. According to Kramer, foreign governments and organizations (who help finance his polling outlet) as well as the Israeli intelligence had relied in his pre-election polls that failed to forecast the Hamas victory. According to Kramer: Shikaki runs something called the Palestinian Center for Policy and Survey Research, which gets money from foreign governments and foundations to conduct opinion surveys. They've earned Shikaki the moniker of "respected pollster," and he's always running off to Washington or a European capital to present his findings. Shikaki conducted three crucial polls that affected percepti
Post a Comment
Read more 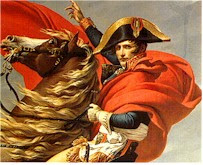 Democracy Promoter Jim Henley comments here on my recent critique of the Bush administration's effort to pursue in two contradictory policies in the Middle East: maintaining hegemony and promoting democracy: Leon Hadar thinks Bush Administration foreign policy is like a TV commercial. Funny article. My cautions: We have to be very careful to separate out three distinct issues - whether itÂ’s good for the United States if Democracy spreads; whether the United States should actively push other societies toward democracy; whether the United States should fight wars to bring some form of democracy to other countries. My answers are: 1) All things considered, yes; 2) Sometimes maybe, though itÂ’s important not to get ahead of the cultural support system for democracy in any particular country - my preferred model is actually the AFL-CIOÂ’s work in Poland in the 1980s; 3) Man, what? In the specific case of Palestine and Hamas, IÂ’m less convinced than Leon that the alternativ
Post a Comment
Read more
More posts