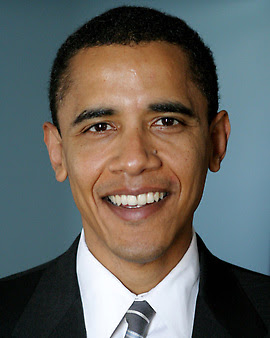 And now from the Republican to the Democratic race. I’m registered as an “independent” in Maryland so I won’t be able to vote in the Democratic primary even if I wanted (and I don’t). I’ve read a lot about Barack Obama and while I don’t share his views on many issues, I certainly applaud his anti-Iraq-War position (although, again, I’m not sure about his overall foreign policy agenda). And I can’t stand Hillary with her I’m-entitled-to-be-President-and-I-really-care-about-you mode and Obama is really “cool.” So I probably would have voted for him. My guess is that the Clintons are in panic now as they are continuing to spread the allegations that Obama is a “Muslim,” like the one I received through the internet which was emailed to many American-Jewish voters: Who is Barack Obama? Probable U. S. presidential candidate, Barack Hussein Obama was born in Honolulu , Hawaii , to Barack Hussein Obama, Sr., a black MUSLIM from Nyangoma-Kogel , Kenya and Ann Dunham, a white
4 comments
Read more
More posts