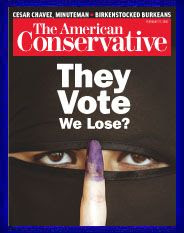 Read my article Democracy and its Discontents in the new issue of the American Conservative. Here are a few paragrpahs: Democracy & Its Discontents Voting doesn’t produce peace—much less desirable outcomes—in societies that lack the foundations of a liberal order. by Leon Hadar As the Nazis were about to capture power in the aftermath of the last democratic parliamentary elections in Germany in March 1933, there was no indication that the German Communist Party was mounting any concerted response, reflecting the belief among its leaders that the new Nazi-dominated government was the “dying gasp of moribund capitalism” and that Hitler’s government would create the conditions for a “revolutionary upturn” and accelerate the momentum toward a proletarian revolution. The expectation that the Nazis would help ignite a Communist revolution made sense at that time, if one was a Marxist believing in a doctrine that assumed that realities were predetermined by political and ec
Post a Comment
Read more

more on Frank and Hitch...

On Stop The Spirit Of Zossen there is a entertaining post on the two leading characters in the drama that has caught our imagination, starring that unforegettable love triangle, Bill Kristol ("The Party's Over"), Francis Fukuyama ("The Man who Got Away") and Christopher Hitchens ("Just in Time"). You'll cry and you'll laugh as the three pundits interface in power lunches, green rooms (which aren't as dangerous as that Green Zone in Baghdad), AEI, CFR, and NED. The most Hegelian moment: When Frank confronts Kristol Jr.: "I won't invade Iran, you BilLenin)" and Hitch explodes: "You're an Islamofascist, Frank!" Dr. Strauss on Frank: Fukuyama seeks to be the Bukharin of the Neocons — the moderate one, believing that time will make inevitable the process of unfolding Freedom via materliasm. Modernity is what everyone wants, and democracy is its offshoot. He claims his moderation is different from the
Post a Comment
Read more
More posts