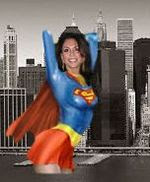 If Onion magazine would do a parody of the war blogs, it would look like this . And who knew that Olmert's address to Congress could could produce a, well, "similar point of intensity of emotional excitement" .
Post a Comment
Read more

Dealing with North Korea; Why not with Iran?