BHL: His stream of consciousness is running amok 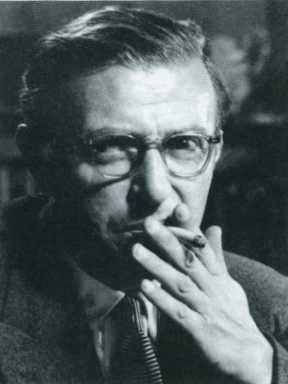 Take an Existentialist/ Communist philosopher and add a New Age composer and what do you get? A New Philosopher Michael Brendan Dougherty has a great post on his great blog, Surfeited with Dainties on the French intellectual fraud, the "New Philosopher" Bernard Henri Levy. His politics of liberal imperialism makes him an ideological pal of Andrew Sullivan and the confused-about-Iraq editors of the New Republic.
1 comment
Read more

Stephen Hadley: Not the Best and the Brightest David Ignatius, one of the best foreign policy analysts in the American press has been trying to rationalize his support for the Iraq war by arguing that President Bush and his aides actually know what they're doing and that things in Iraq and the Middle East will eventually work out for the best. Sort of. In a recent column in the Washington Post he even suggests that the Bushies, and in particular Secretary of State Condi Rice and national security advisor Stephen Hadley (who does LOOK -- those Big Glasses -- very smart) know what they're doing on Iran. He desecribes how the two are trying to figure out "how should the United States think about Iran? What explains the fanaticism of President Mahmoud Ahmadinejad, and what can America and its allies do to change it?" These baseline questions are at the heart of an informal review of Iran policy that's taking place at the highest levels of the Bush a
5 comments
Read more
More posts