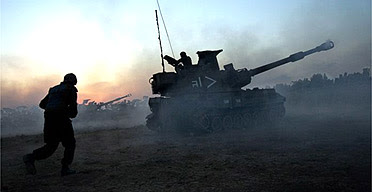 One of the leading Israeli architects of the late "Oslo Process," Yossi Beilin has an interesting item in Ha'aretz about the American "non-role" in the recent round Israeli-Palestinian violence: One of the most striking phenomena of recent weeks, given the stepped-up launching of Qassam rockets on Sderot, the painful incident at Kerem Shalom, and the abduction of IDF soldier Gilad Shalit, is the absence of the American factor. True, there have been telephone conversations with Secretary of State Condoleezza Rice, the U.S. ambassador in Israel receives updates, and the U.S. ambassador at the United Nations objects to resolutions calling on Israel to end its military operation in the Gaza Strip. But in terms of direct influence on the ground, there has been absolute American silence. He concludes that The United States was not even mentioned as an option. The White House spokesman on duty did take the time to inform the world that it was Israel's ri
2 comments
Read more
More posts