Bush's Empire vs. the Democrats' Empire-Lite 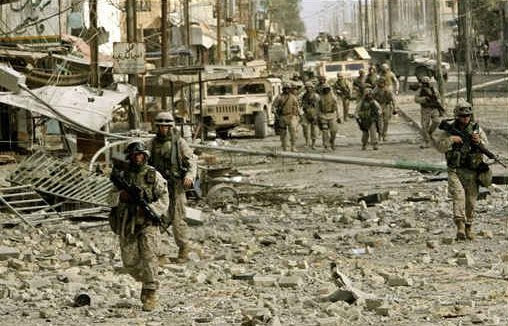 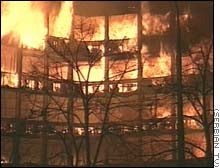 Veteran diplomatic correspondent Robin Wright provides in today's Washington Post http://www.washingtonpost/wp-dyn/content/article/2005/12-04/AR2005120400965.html an interesting and fair assessment of the failure of the members of the Democrats to challenge the Bush Administration's policy in Iraq. In a front-page story she concludes that "among the Democratic foreign policy elite, dominated by people who previously served in the top ranks of government, there are stark differences -- and significant vagueness -- about a viable alternative." Reading the piece I didn't discover any "stark differences" between the Democratic usual suspects in the foregn policy/national security arenas that reside in the think tanks and consulting outfits in the Washington-Boston corridor, like Richard Holbrooke and Madeleine Albright and some genius named Derek Chollet ("foreign policy adviser to 2004 Democratic presidential candidate John Edwards.") In fact, there aren't any "stark differences" between the neocon positions on Iraq and most foreign policy issues and those of the Democratic "Wise" Men and Women. Indeed, as I pointed in one of my recent commentaries http://anitwar.com/hadar?articleid=7901 that was based on my experience during a weekend with a group of Washington-based policy-wonks, "the notion that the U.S. has the right and the obligation to promote American-style freedom and democracy not only in the Middle East but worldwide seems to be a dominant view among Washington's policy wonks. In fact, one of the panels during the conference was devoted to a discussion of how America could use its power to 'democratize' Southeast Asia, including Singapore. Even those Democrats participating in the event who have been critical of the neocons did not express opposition to the global democracy project itself. They just seemed to suggest that unlike the neocons, they would be able to achieve it at less cost, especially in military terms, for the U.S. Call it 'neocon lite.'" To put it differently, both Republican and Democratic foreign policy types want to preserve U.S. hegemony in the Middle East -- including in Iraq -- and elsewhere. All of them insist that the U.S. remain the driver seat. Well, the Democrats are actually willing to allow our allies to change the oil and the tires and would try to minimize the costs of American hegemony, if posssible. Let's first try bomb those challenging our dictates (Belgrade) to submission before we invade them. And remember that it was Clinton who led the international efforts to isolate and punish both Iraq and Iran. Hence all the "debate" between Democrats and Republicans over Iraq focuses on ways to cut the costs of the U.S. occupation of the country. And that's about it.