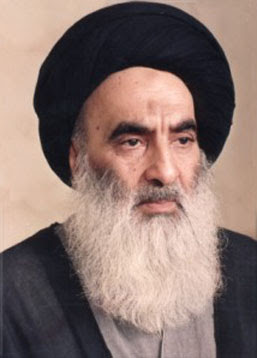 From the December 13, 2005 edition of the Christian Science Monitor:
To Bush, Iraq's path to democracy akin to America's. In a speech Monday, he reminded a skeptical public of Founding Fathers' infighting. In speaking of the Iraqi democratic process from a Philadelphia stage, Bush aimed to invoke the image of America's own Founding Fathers in support of Iraq's new political leaders. As Bush said, the United States did not produce a constitution that could win ratification until years after the American Revolution. ("The eight years from the end of the Revolutionary War to the election of a constitutional government were a time of disorder and upheaval.There were uprisings, with mobs attacking courthouses and government buildings. There was a planned military coup that was defused only by the personal intervention of George Washington. In 1783, Congress was chased from this city by angry veterans demanding back pay, and they stayed on the run for six months. There were tensions between the mercantile North and the agricultural South that threatened to break apart our young republic. And there were British loyalists who were opposed to independence and had to be reconciled with America's new democracy. Our founders faced many difficult challenges, they made mistakes, they learned from their experiences and they adjusted their approach. Our nation's first effort at a governing charter, the Articles of Confederation, failed. It took years of debate and compromise before we ratified our Constitution and inaugurated our first president.")
So he isn't a Renaissance Man and he has three wives. And he is the spiritual leader of the Iraqi Shiites who have these ceremonies where they use spiky balls attached to chains, swinging them over their shoulders to puncture the flesh of their own backs. But, hey, before you say another bad thing about their Founding Father, let me remind you that the Grand Ayatollah Sistani doesn't even own slaves. So there you go, skeptic.
P.S. After applying all those historical analogies -- America's Revolution=Iraq's Revolution -- President Bush noted that "it took a four-year civil war and a century of struggle after that before the promise of our Declaration was extended to all Americans." Which means that your grandkids will still be helping to implant democracy in Iraq.

Anonymous said…
Hey, you have a great blog here! I'm definitely going to bookmark you!

Gothamimage said…
Leon - First -- You prob. wanna erase that spam ad, because if people click on it, you'll just get more spam-When you log into your comments page, just press the trash can icon - You can prevent more spam, by clicking on the alphabet code feature in your blogger template


- Second -regarding your piece about Hughes's PR rigamarol - That was quite excellent.

Did you read how Hughes briefed the press, before they landed in Turkey by noting Turkey's motto was 'all are Turks?'

It was as if she was explaining to someone what meaning of a college football team's motto, the way she put it.

Also - that may be one of Turkey's mottos, but not exactly one that is universally popular with all of Turkey's neigbors, with whom we share alliances, of sorts. Amazing.

We have a new skit up, regarding Bush's press relations. You may laugh, you may not.
6:55 PM

Gothamimage said…
It's only a matter of time before Bush compares Halliburton to FDR's Rural Electrification Administration.

Or "no more Sadrists on the back of the Baghdad bus, just like our great civil rights leadership, Moktda al-Sadr joined the political process, just like Rosa Parks caused....."
7:16 PM

Videos by Professor Howdy said…
You have a riveting web log
and undoubtedly must have
atypical & quiescent potential
for your intended readership.