I could be related to Marie Antoinette... 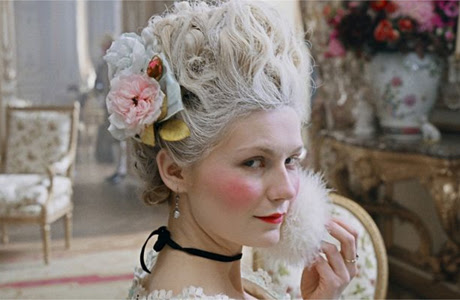 This post is not about the primaries, the recession or Iraq, but about my recent discovery that I'm related to the great royal families of Europe (and, yes, so are you). I decided to take part in The Genographic Project (via National Geographic). The deal is: I contribute the DNA of either my Mom or my Dad (they send you a kit and you take a cheek brush sample, just like on CSI). They study your genetic markers in a laboratory and provide you information about your "deep ancestry," starting 60,000 ago when "we" left Africa where Mitochondrial Eve,the Mother of us All was born. I decided to first study my maternal lineage (mitochondrial DNA) and this week I got the results (online). So on my mother's side I belong to the Haplogroup H (mtDNA), subclade 16519. To make a very long story short: My grand-grand-grand....mother, that established my H branch on the Tree was probably born around 20,000 years ago somewhere in the valleys of the Dordogne and the Vezere, in south-central France. Known as "Helena," she in turn gave birth to my mitochondrial lineage, the Helena Clan. At the height of the ice age (18,000 years ago) her ancestors (the daughters of Helena) moved to Spain to avoid the frigid arctic conditions that had devastated even southern France by then. Finally, by 15,000 years ago, as the ice age was ending, many of her ancestors had moved back into northern Europe and recolonized it. Today H comprises 40 to 60 percent of the gene pool of most European population (40 percent of the women in Rome and Athens descend from Helena), and it exhibits its strongest frequencies in the Basque people of northern Spain, southern France, and parts of Scotland and Germany. ("As we land in Glasgow, Scotland wants to welcome Leon Hadar as he returns back to the home of his ancestors...) And, yes, most of the members of the prominent European royal families, including Marie Antoinette, Queen Victoria and her cousins the Duke of Edinburgh, Lord Mountbatten, and Wilhelm II of Germany and his wife Augusta Victoria of Schleswig-Holstein, are distant relatives... Who knew? Quite Cool. Don't you think?

Anonymous said…
Do you have blue eyes? If so, we may have an ancestor in common.
1:18 AM

The Neutralist said…
It would be nice to be royal, but Marie Antoinette?